Australian Proclamation coins are coins of the first fleet – they were brought on board various ships on their way to Australia. You can find proclamation coins from the Netherlands, Spain, Portugal, India, various south American countries and of course England. These coins were the first currency of the new colony of Australia with the third Governor of NSW, Phillip Gidley King declaring them as legal tender. These coins serve as an important part of Australian history and are a great addition for a collector who has a keen interest in this part of history.

Official coins recognised by the Proclamation

In November 1800, Governor King of the colony of New South Wales issued a Proclamation which stated that only certain foreign coins could be used in the colony, and they would have fixed values from then on. Previously, coins from all over the world had been used in colonial Australia due to the high numbers of foreign traders visiting the colonies.
From the Proclamation onwards, the only coins which were recognised in NSW were:

These were each given an Australian value slightly higher than they had in their home countries, to address the coin shortage in Australia’s colonies at that time.
Proclamation coins were only recognised until 1829 when the English Pound officially became the legal currency of all Australian colonies.

As the market was flooded with English coins from 1825 onwards, Proclamation coins became increasingly rare from this time. Today, they are valuable collectors’ items and an important part of Australian history.

Thanks to KJC, you can now own some of these fascinating pieces of Australian history at highly advantageous prices. Because we are a completely independent, privately owned company, we are able to offer an unrestricted product range. With over two decades’ experience, we have established a reputation as Australia’s leading specialist dealers of gold and silver bullion and rare coins. This makes us the only dealership you need when you’re looking for Proclamation coins and other highly collectible Australian numismatics.

Our prices come live from the markets and are updated every minute, guaranteeing you the best possible price for each item you purchase. No ID is required for purchases under $5,000, and you can reserve your price simply by paying a 10 percent deposit if you would prefer to pay the balance at a later stage.

Our secure online ordering system is operational 24 hours a day, 365 days a year, making it easy for you to buy Proclamation coins at a time convenient for you. We accept a wide variety of payments, including credit card, Poli, and Bitcoin.

If you would prefer to speak to one of our specialists about Proclamation coins before making your purchase, our dedicated team are available on 1300 844 018. Lines are open 9.30am – 5.00pm, Monday to Friday.

Alternatively, if you would prefer to browse our collection and speak to an expert in person, you can visit our showroom at 5 Hunter Street in the heart of Sydney CBD. We are open from 10.00am - 4.30pm on selected business days throughout the year.  Please see our calendar for days open.

Take a look at our collection of Proclamation coins here, and a piece of Australian history can be yours to keep. 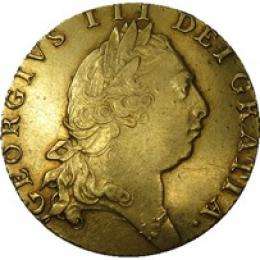